That was a text I sent to Andy a week before we left on our last trip. He’s was in Africa at the time and when he got the text I’m sure he thought, “Oh good, everything is going according to plan.” If only he knew…In reality, Rome was full circle, or rather, some sort of amorphous shape that crisscrossed across the globe. 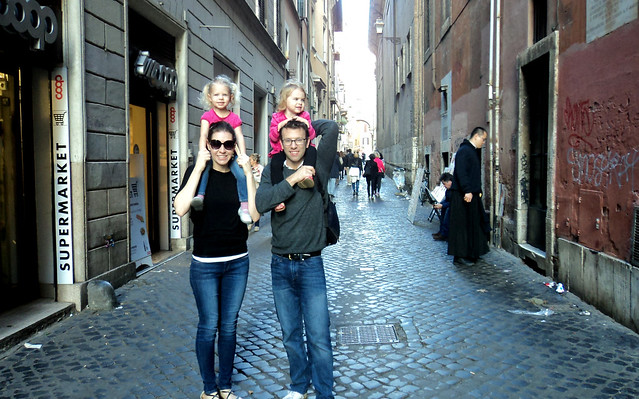 Yep, we went on a trip and there wasn’t even a whisper of it on my blog. Here we are in Rome.

Here’s the thing. Andy’s job makes me crazy. Don’t get me wrong, overall his job is amazing; it’s exciting and it provides us with this fantastic ability to supplement our regular travel with extra travel because if he’s already in fill-in-the-blank country, then we may as well go there too. Still, the nature of the beast when working for a company that contracts with the government that has to coordinate with other governments is that the whole thing is crazy, unpredictable and often some weird mix between perpetually delayed and extremely rushed. It’s like trying to get twin toddlers ready to an outing; everyone is both maniacally impatient and stubbornly impeding progress at the same time. It’s lunacy.

For instance, this trip was supposed to have happen last summer. It was also supposed to be back to back to back with two other jobs. A lot of things were supposed to happen. So in the last six months we’ve planned trips that haven’t been taken to Namibia, Poland, Colombia, Hong Kong and Paris.

It’s like someone spun a globe, closed their eyes and pointed.

So that’s how this whole thing got started. That is also why one of my toddlers is obsessed with the Poland. But then, it finally seemed like we’d made a decision – instead of Southern Africa in early fall or Eastern Europe in late summer it seemed pretty set that we’d do Malta in late November. It sounded good to me, I just needed to make sure good ol’ Google Flights (GF) had my back…

GF: “Did you know it’s significantly cheaper if you fly into Rome? And Rome is only, like, 428 miles away.”

Me: “That sounds great! We could practically swim from there.”

GF: “Um… or you could actually just take this $11 Ryanair hopper flight.” 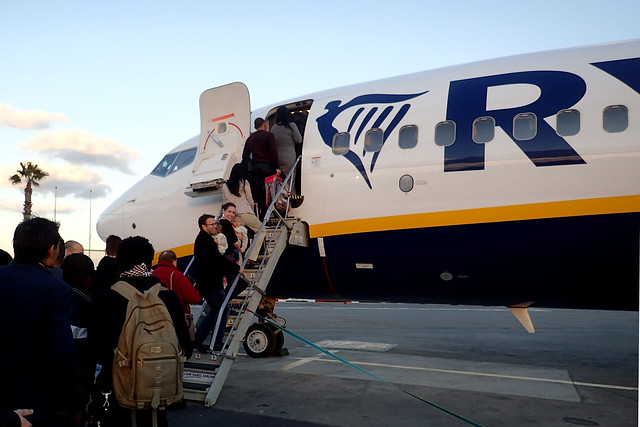 Here we are on that hopper flight… which was a disaster getting to, but I’ll write about that later.

Me: “Good call. Consider it a plan! We just have to wait a few days for the official go-ahead from Andy’s higher-ups.”

GF: “I’ll pencil it in. You’d just better hope it this fantastic price doesn’t disappear before then.”

Then he laughed all ominously and that’s when I should have known better than to assume it would go off without a hitch (or you know, a complete change of continent).

Me: “Hey Google! How about those tickets now!?”

Me: “Whoa! Are you kidding me? It has a 19-hour layover in Dublin?! I have two toddlers with me? Does that seem feasible?

GF: “May I remind you that you once said the Dublin airport was your favorite airport ever to sleep in. It’s not like I suggested the Bogota airport.” 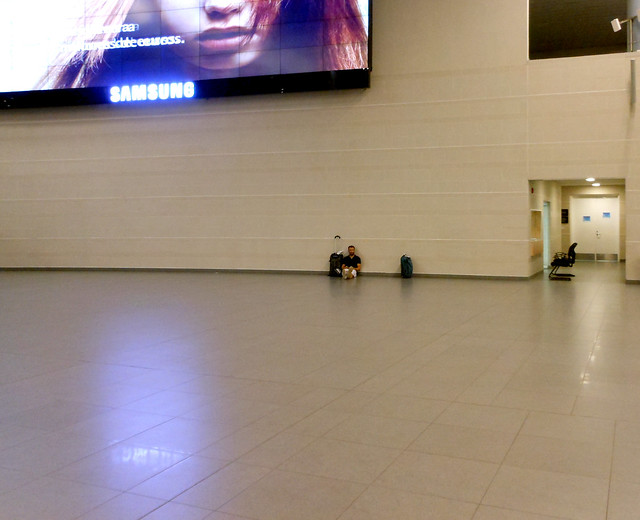 Me: “Get serious buddy – twin toddlers. It’s not going to happen. What else can you do for me. Me? The girl who sings your praises to anyone who will listen. The girl who prattles on and on about how amazing Google Flights is… what do you have for me?”

GF: “Oh wait! I found something else. How about instead of going to Rome you go to Southern Spain. Here’s a nice flight through Málaga.”

Me: “Brrr… but the girls do love their Madeline book and they would look adorable at the pop-up ice-skating rink underneath the Eiffel Tower. Okay! Paris it is!”

GF: “Oh… this is awkward, those tickets just jumped in price by thousands.”

Me: “In the last five minutes?! You are killing me! I needed to buy tickets like yesterday!”

GF: [silent for a long while] Maybe you should scratch Malta and go somewhere else instead. You’re traveling with a whole circus of toddlers but Andy is just one guy. He could meet you anywhere.”

Me: “I like the look of those round trip tickets for under $500 but not so much about how crazy expensive it would be when we got there… keep going.”

Me: “Aren’t you in the travel industry? No way could we get visas in time to leave next week.”

GF: “Seriously, he puts up with a lot but this might be too much.”

Me: “He’s expecting to take a short flight from Northern Africa to Southern Europe. If I send him an itinerary to Indonesia I’ll will never be able to redeem myself as a sane life partner.”

Me: “Umm… this is sort of awkward but I’m going to need to switch tabs for a minute.”

Me: “So, Skyscanner, I know in the past I’ve written you off as just another booking search engine but lately I feel like there’s been an uptick in your rumored usefulness. Can you help me?

When I finished booking the tickets I pulled out my phone and typed that message to Andy. I felt relieved. I felt accomplished. I felt like I redeemed myself as a sane life partner. Then that I realized my news wasn’t big. When I’d last talked to him, a mere 10 hours before, this had been the exact plan. So I deleted a few exclamation points in my message, pressed “send” and mentally filed all the near-bookings to almost-destinations away in “Ideas for the future”.

So we went to Rome and Malta, as if it was the only plan ever hatched, and we had a great time. I have lots to tell you guys and right now Andy is back in another part of Africa so I’m hoping I’ll have some time and motivation to get up a few more blog posts. I mean, this is the second one this week so that’s saying something.

Here’s a few pictures of our trip. 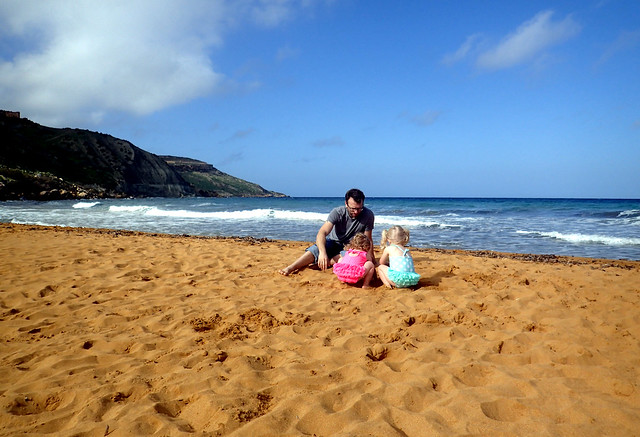 Andy helping the girls build a sandcastle. They took their first dip in the Mediterranean too! 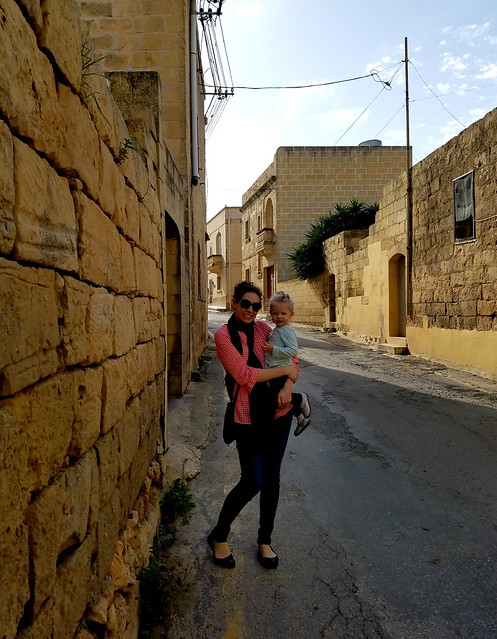 Millie and I on the island of Gozo.