There are some sights that are just better the second time around. Usually you don’t realize this the first time you’re visiting, but rather the next.

A few places like this that stand out in my mind are New York’s Ellis Island and Germany’s Dachau Concentration Camp. With Dachau, our visit had been just one stop on a jam-packed, summer-long backpacking trip around Europe and while it’s significance was palpable, it did get a little lost in the sightseeing shuffle. For Ellis Island, I think my problem was that I was only sixteen at the time and I’d been more interested in eating a Danish outside Tiffany’s, channeling my inner Audrey Hepburn, than learning about New York’s immigration process during the beginning of the twentieth century. 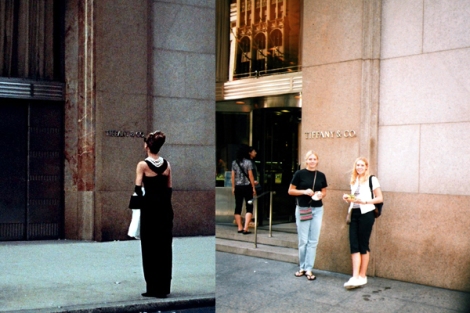 In the subsequent years I’ve found myself lucky enough to return to each of these sights. On both occasions I garnered far more from my time reading the stories, examining the exhibits and letting the photos resonate. They had each been worth the second trip. 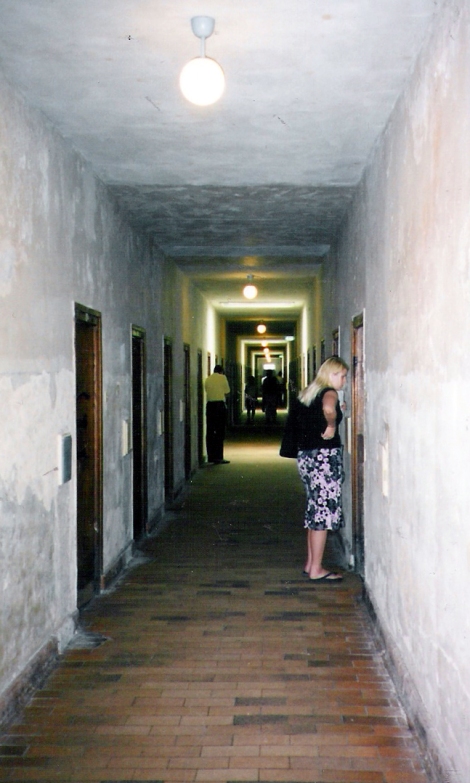 With both of these example though, I hadn’t had a clue that my first visit had been inadequate; I suspect most people in similar situations don’t. Our visit to the Panama Canal is the exception. When we went, I immediately knew that someday if I returned, I would get so much more out of it. So. Much. More. 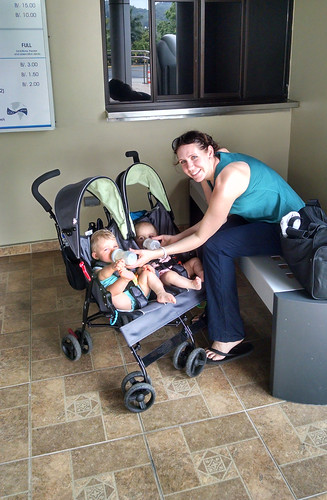 Here’s mostly what I remember about the engineering feat that some consider to be one of the seven wonders of the modern world. Feeding babies. Yeah, I need to go back.

If you’ve read my blog you probably know that Panama was our first trip with the twins and it wasn’t exactly easy. We booked it mostly to see if we could do it and upon doing it, we’ve continued to book more trips so I guess that says something. Still, while it wasn’t a total disaster, we didn’t exactly break any sightseeing records. In fact, the canal was really the only thing of significance we saw and I’d be lying if I said we didn’t toy with the idea of skipping it out of sheer exhaustion.

With this post, I was going to do a thing where to demonstrate how little I actually absorbed about the Panama Canal I’d only included details that I actually remembered. But here’s that list:

Instead, I’m going to cheat a bit and use the internet to jog my memory.

So behold, here lies my paltry review of a very non-paltry sight:

There are several places you can go to view the canal, we chose the Miraflores Visitor Center which is about a 30 minute drive from the center of Panama City. (So far, I couldn’t have told you any of this without my Google search.)

THE CANAL IN 3D

“The visitor center offers the 3D projection of a film that introduces Mr. Canales, a character that will guide you through the history of the Panama Canal from its beginnings to the present. The film is available in English and Spanish, and with several show times and you can enjoy it in an air conditioned room with comfortable seats.” 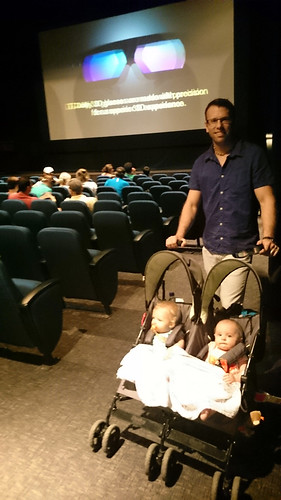 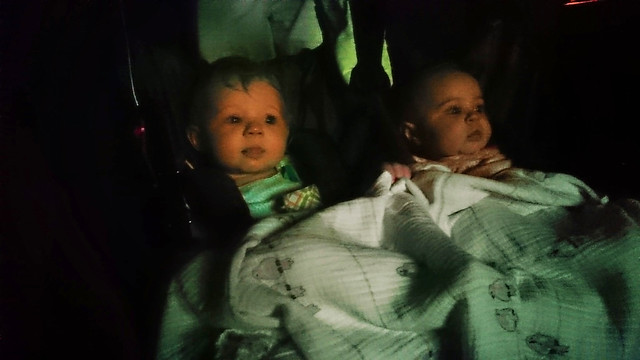 “Four exhibition halls portray the Canal’s history, biodiversity, and its functioning and international importance in a dynamic and especially attractive manner.” 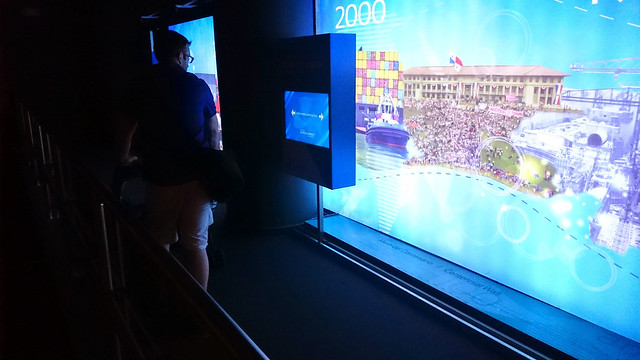 “Do you want to see how the ships transit through the Panama Canal locks? The building has three levels for observing the Canal’s operation, the passage of ships through the locks and how they move. It is the ideal place to take pictures and to hold memories of this engineering marvel.” 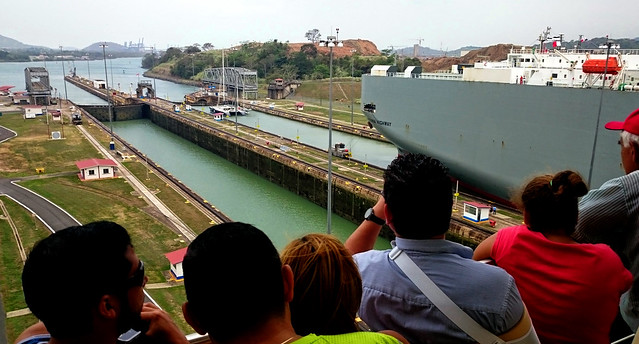 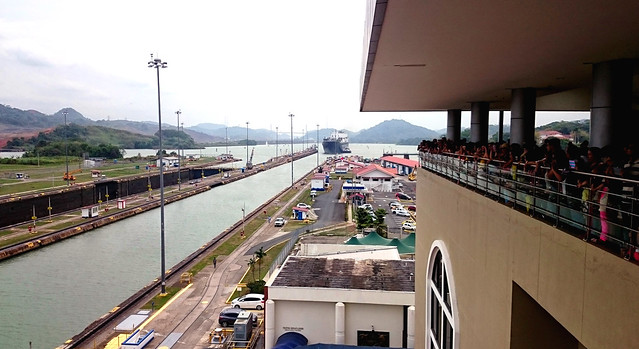 Here’s a little video I took and, like all of my videos, is clearly Oscar-worthy.

And then we left knowing that if we did literally nothing else for the remainder of the trip, we had accomplished at least one thing. Although we did do a few more things.

Here’s the fine print should you feel this review was an inadequate arm chair travel experience and you want to actually go for yourself:

Who: Everyone! If you are bringing babies though, be prepared to feel like you might need to visit again. If you have limited mobility and can’t do stairs, make sure to bring a friend to open locked door from the other side for you. Although, it’s possible staff would be more helpful to someone with a disability than to a couple of crazy people who brought two babies. 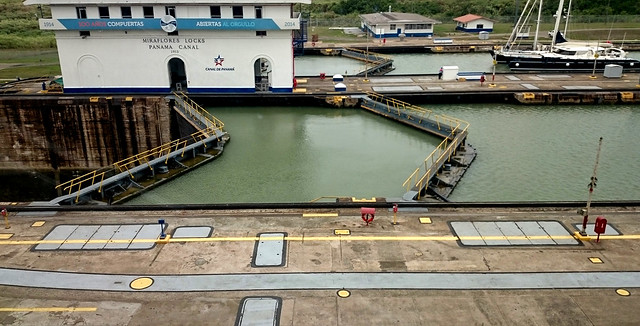 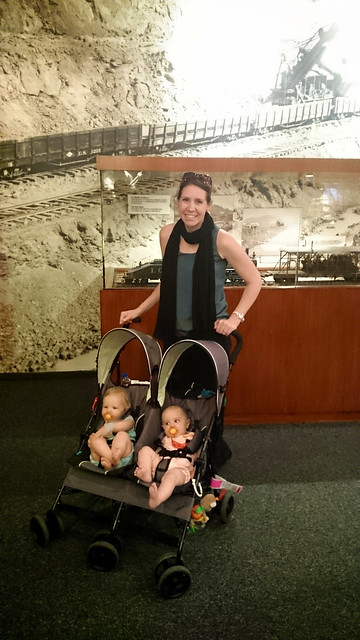