Years ago my mom spent a fair amount of time on Utila, an island off the coast of Honduras that’s home to some 2,500 people. I don’t remember too much of what she did there; I know she learned to scuba dive and I vaguely remember some story about a kid and a dentist. A few years later, when Andy and I were headed there to learn to scuba dive too, she offered up a few recommendations: a restaurant where they lower fish carcasses into the water and you can watch other fish scavenge the flesh from the poor sucker’s bones, a really weird bar full of all kinds of strange and beautiful oddities, and she advised against one particular hotel because she believed the owner to be less than scrupulous.

So what does my mom have to do with my post? Well, here’s the thing, I’m writing this a full three years after our visit and lest you think any information I convey is irrelevant, I want to argue otherwise. This being based on the fact that despite the gap between my mom’s visit and ours, her insights were relevant and therefore, mine probably will be as well. So just because I’m a little late with this post, I’m not going to sweat it.

Here are my five facts:

So there you have it, five facts about Utila. If my category was called Six Facts, I might have included that there is a special drink challenge where you have the opportunity to win a free T-shirt – which at the time seemed like the thing I absolutely needed the most in my life. 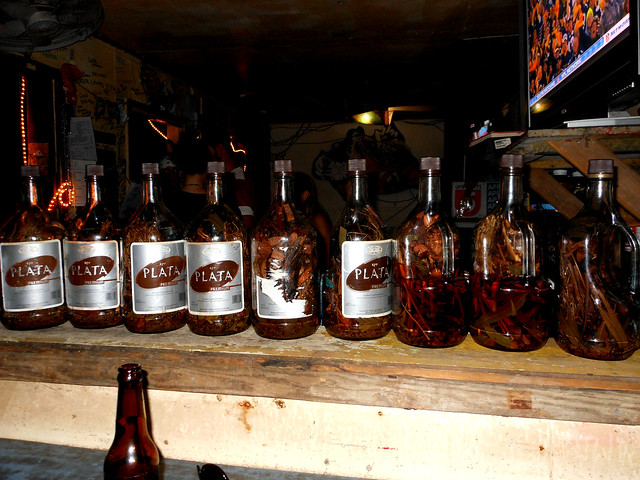 Here’s the drink being made. (Honduras circa 2013)

Here are the free shirts that we earned. 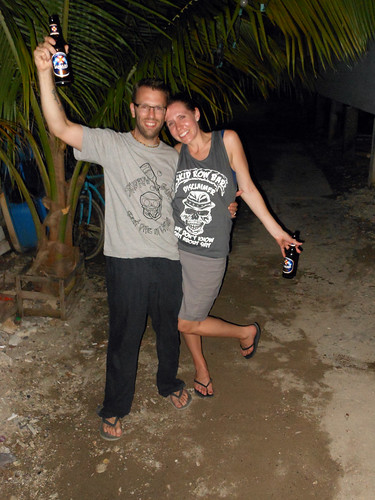 Aren’t we the sartorially colorful couple. (Honduras circa 2013)

Or, if I needed a seventh fact, I might have included some ferry times (you can find those here) and that the ferry, The Utila Princess, is aptly nicknamed the Vomit Comet. 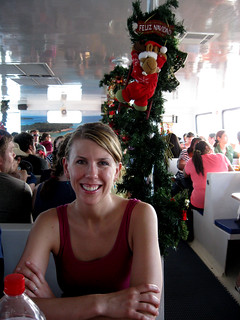 This is not an exaggeration; about a third of the people on this boat were throwing up. Luckily my friend here was not included in that group. (Honduras circa 2012)

Even though it’s coming at you three years late, I maintain that this is all still pretty good info. Places don’t change all that fast and a few quick Google searches told me that the above information is still more or less accurate – other than the stuff about the New Year’s countdown, I couldn’t find a way to verify that one.

I’ll leave you with a few more photos of the island. 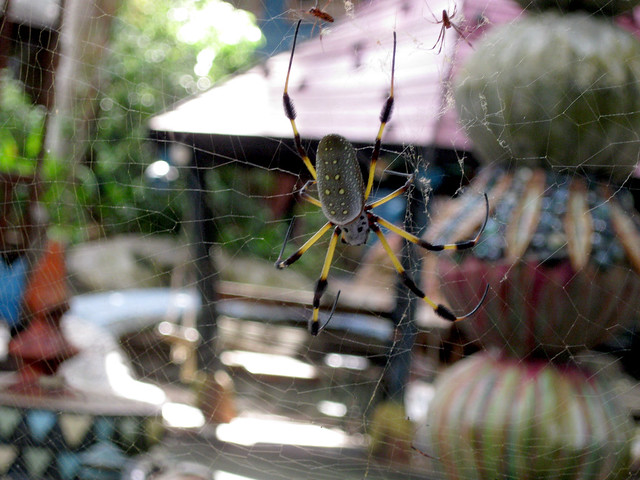 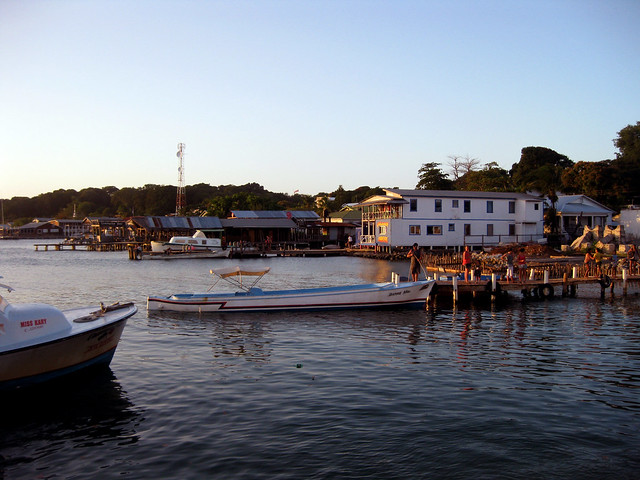 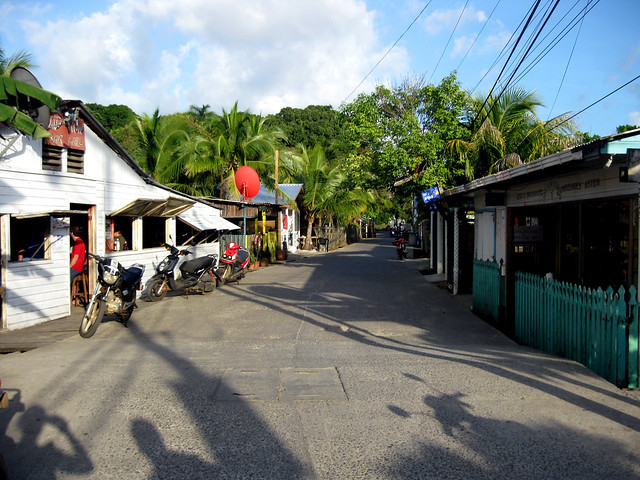 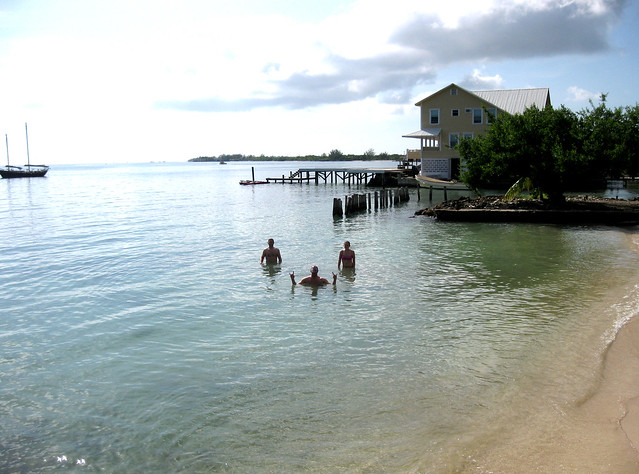 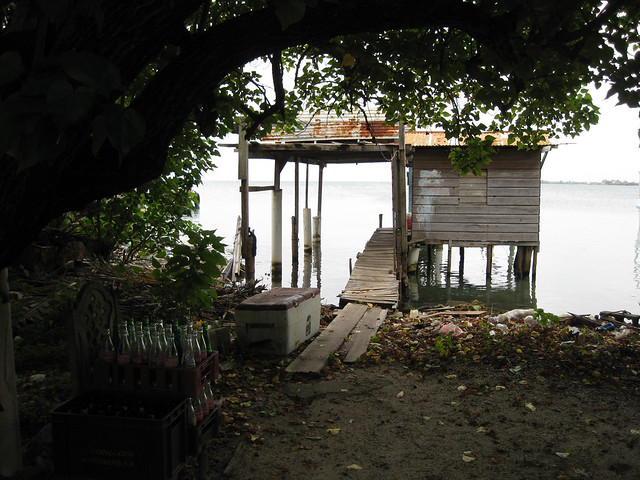 One response to “Five Facts: Utila, Honduras (where I think it will be okay that I’m a little late)”