I try not to annoy people. I don’t whistle or hum in public, I stay to the right on escalators and I never post anything political on Facebook. So after learning to scuba dive last winter in Honduras, I thought back to a 30 Rock episode, “Idiots are People, Two” and decided I shouldn’t talk (or blog) people’s ears off about it. In the episode, among other offenders such as investment bankers and DJs, people who won’t shut up about scuba diving are listed as idiots – presumably because they annoy people and have no idea they’re doing so.

Still, it’s my blog and I don’t see how five little things could bore people too much, so here I go, and I promise to keep it short. In no particular order, here are my five favorite things about scuba diving: 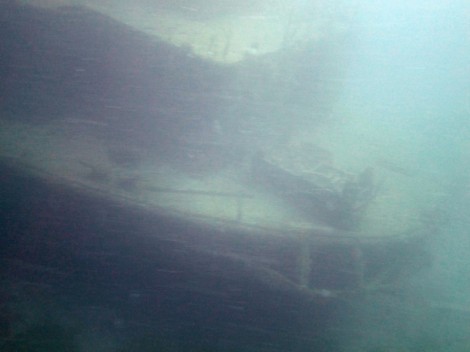 The scuba instructor told us it was a 500 ft. cargo ship. Also, I think he took a little risk here taking us this deep – but he wasn’t a very good instructor so that seems about par for the course.

I thought scuba diving might be a little scary – it really wasn’t. I thought the equipment would be really intimidating – it wasn’t too bad. I thought swimming would be the easy part – no way.

On our first day out, when we were right off the beach in only 15 ft. of water, I quickly realized scuba diving meant learning to swim all over again. The entire first half of the day I could not, for the life of me, obtain neutral buoyancy – I was either plastered to the sand on the bottom or accidentally shooting to the surface. And by plastered to the bottom I literally mean that I was belly-against-the-ocean-floor with my arms trying to push my face off the sand. It was both comical and not at all what I’d expected. Eventually I did figure it out. 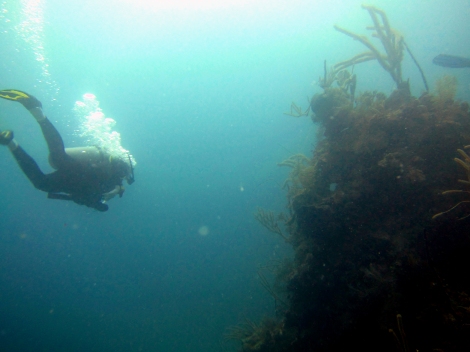 Thankfully, by the second day I could explore with a little more precision and not risk hurting the coral and sea life.

Once you figure out neutral buoyancy that is. 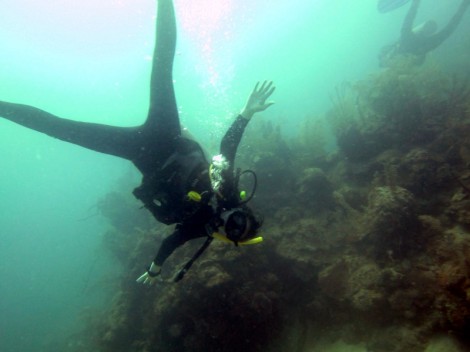 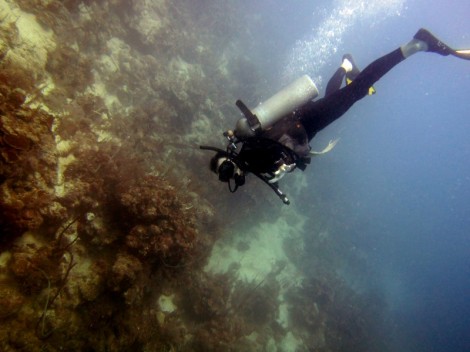 We saw lots of cool critters under there including sea horses, eels around 6 or 8 ft., parrot fish and lots more. 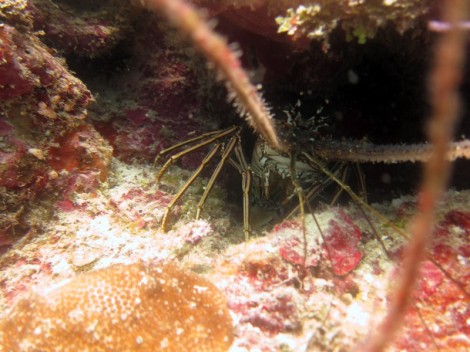 It’s always fun to do something new with someone you love. 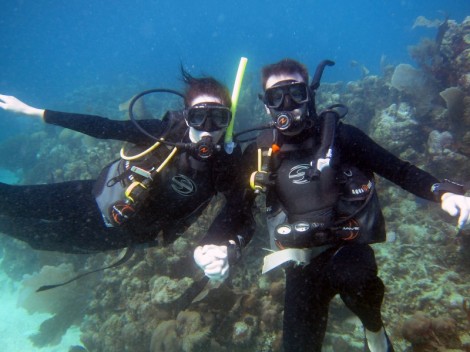 Yes. Just Andy and I. In the middle of the ocean, all by ourselves. Keep in mind that our instructor had only two students – Andy and I.

Here’s what happened (well, the following dialog didn’t really happen because we were obviously under water but I’m pretty sure this is what we said with our eyes):

Andy: “Check out this lion fish! Let’s try and get a picture.”

Julie: “Yeah, this is going to be awesome.”

Andy and Julie simultaneously look up to see that the instructor is no longer in sight.

Andy and Julie hold hands on the bottom of the ocean and look around at their surroundings that just moments ago seemed beautiful and serene but had suddenly transformed into a dark and deathly silent abyss.

Julie: “Should we surface? What should we do? ANDY! SHOULD WE SURFACE?”

Andy: “This is a traveling dive, there is no boat above us and no one could see our little heads bobbing in the water. We have to stay below and wait.”

Julie: “We are underwater and so I actually have no idea what you’re saying. SHOULD WE SURFACE??!!”

Finally we spot our instructor and we are saved. Our instructor is oddly silent about this occurrence once we reach the boat and his colleagues are nearby. Shame on him is what I think.

We return home and many, many people make the Open Water reference to us and I am not amused. 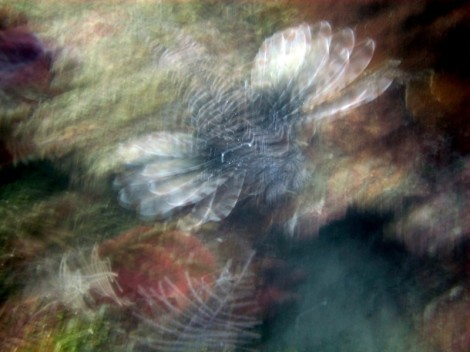 Here’s the lion fish who’s to blame. And we never even got a good picture of it. 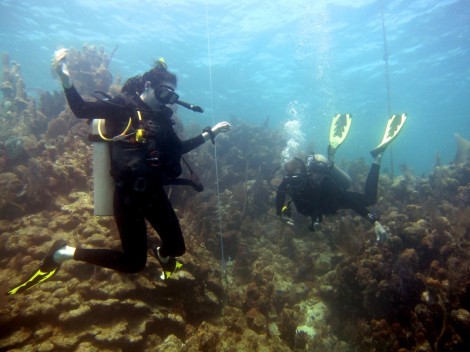 Checking out the flora and fauna. 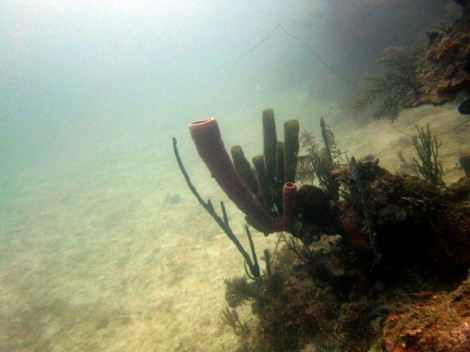 Lots of petty stuff down there.

3 responses to “Friday’s Five Favorite Things: Under the sea edition”