A few weekends ago I took a leave from decision making. It wasn’t my intention and it’s not my usual travel M.O., but there I was, in Scottsdale, AZ on a fourth annual girls trip, reveling in the fact that I was letting all of my friends decide when we’d go to the pool, what we were having for dinner and how long we stayed out dancing. It was amazing but it wasn’t until I called to check in with Andy that I’d even realized it was one of the major reasons I was enjoying myself so much. Apparently after a hard year of making decisions for two little humans, it was just what I needed. 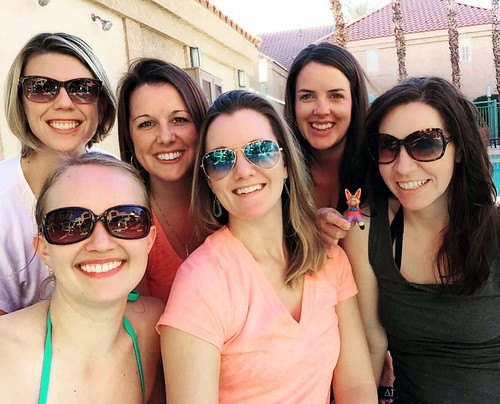 Should we take a group selfie? I have no opinion on the matter, I’m just along for the ride. (Arizona circa 2016)

On the flight home I got to thinking about potential blog posts and it occurred to me that aside from this post about our first trip, I’ve not said Boo about any of the others. (Which Andy says is not a real phrase but I swear it is.) Then I started wondering how I possibly could have gone on three trips and not blogged about any of them. So I sat down at my computer, browsed through old pictures and tried to figure out, ‘What gives?’ 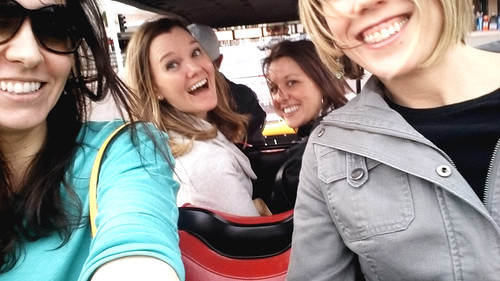 We had a blast this year doing things like zipping around in Scottsdale’s fleet of golf carts – but to stretch that into a full post is a bit of a, well, stretch. (Arizona circa 2016)

As it turns out, at face value, the answer is pretty simple – it’s that you guys probably don’t care too much about how I spend a weekend each year catching up with old friends. 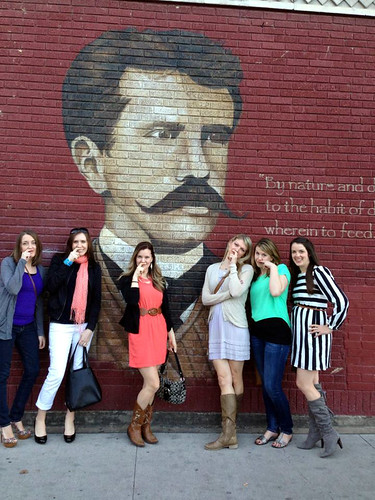 Although we did spend an absurd amount of time at a mustache bar in Austin so it seems like I could have come up with something clever about that. (Texas circa 2014)

Upon further contemplation, I realized maybe there is something worth sharing, not so much in our trip activities but in the lesson behind them – that sometimes the reason for a trip can be a little more than face value too.

Some travel reasons are big and easy to recognize. You visit old castles and places like Tikal for their history, you go to Burj Khalifa to see a modern marvel and you would obviously go to Portland to see the world’s smallest park. A trip could be about studying a new language, experiencing another culture or learning a new skill like scuba diving. Or maybe you’re just sick of naysayers claiming that once you have kids you can’t travel and you want to prove them wrong. 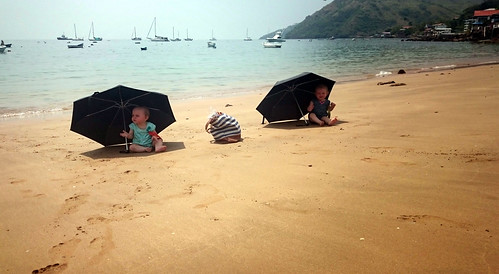 I’m not saying that was the only reason we went to Panama, but I’d be lying if I said it wasn’t a factor. (Panama circa 2014)

Other times though, a reason for a trip might be a bit more nuanced or personal like when I flew all the way to the Philippines to chit chat with my husband or when we went to Colombia with the original purpose of it being the last hurrah before we started trying for kids and then it turned into a great way to get our minds off of Andy’s impending cancer surgery.

I think the girl’s trips fall under the more nuanced and personal category.

Sure, we’ve seen some sights: 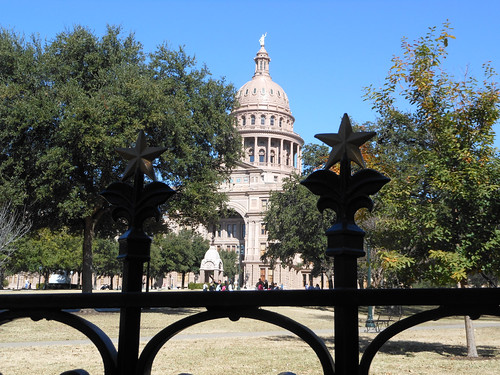 Like here in Austin at the state capitol building. (Texas circa 2014)

… and some warm beaches: 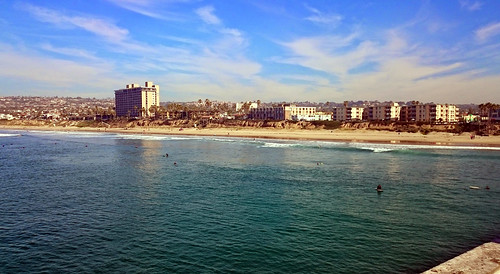 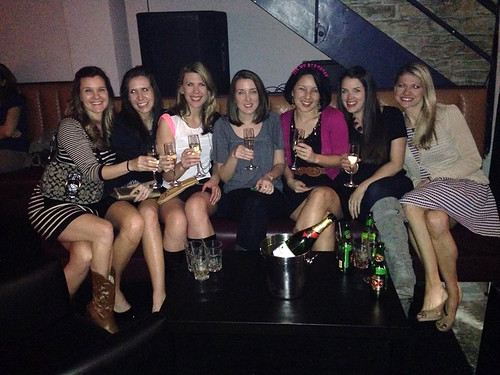 Like here in Austin where I sadly had to hand over my complimentary glass of champagne to a friend after the photo was taken. (Texas circa 2014)

But beyond having a good time and catching up I also suspect a few more things are at play that keep us booking these plane tickets every year. Some of us have serious careers and it probably feels nice for those girls to swap out pumps for sandals. A lot of us have kids and as one of my friends put it at the airport in Austin, “I can walk over there… or I can walk over there. I can do whatever I want!” I, too, now felt that freedom. And some of us are taking temporary leave from even bigger problems and concerns that don’t need mentioned on a public blog but definitely need mentioned over a glass of wine. 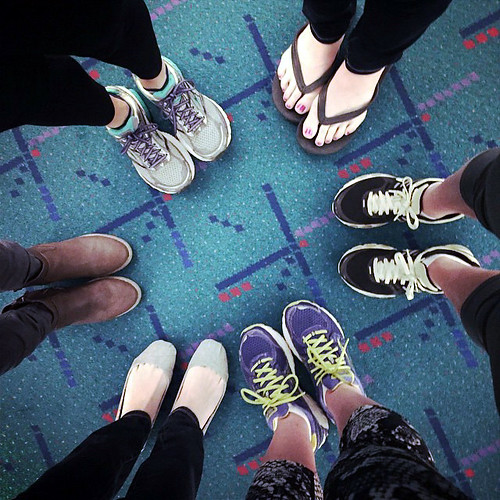 And of course, if you go, you get to take part in the obligatory PDX carpet/feet picture. Look it up, it’s a real thing. (Portland circa 2014)

So next time you take a trip, take a second to think about what else you want to get from it beyond the basic see a sight or visit friends. Maybe doing an experiment while you travel could be interesting or perhaps finding a little romance in the journey might be fun. Whatever your motives are, big or small, just remember that your travel-mates might have agendas of their own. And if you find yourself traveling with someone who can’t make a decision to save their life – maybe this would be a good time to take advantage of having a sidekick who will literally go wherever you want to go, eat whatever you want to eat and not complain once when the place you end up at is some angry, hardcore goth club filled with strung out partiers – okay, maybe I did have a little something to say about that one.

And to all my friend’s who’ve yet to make the trip, I leave you with this image from Austin: 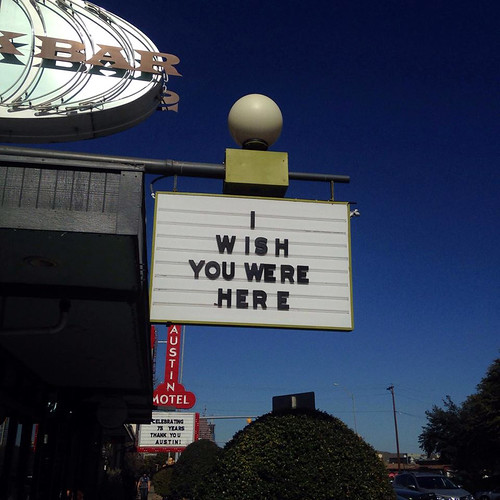