Half of our Panama trip was spent on Isla Taboga. The small island, with a population of about 1,500, landed on our itinerary because of its close proximity to the capital (just 12 miles away) and we figured an easy, breezy island escape would be just the thing to round out our trip after time spent in the big, bustling city. Getting there, of course, was pretty terrible (catch up here if you missed that post) but we got there nonetheless.

This isn’t really a tourism guide because despite having a travel blog, I would somehow feel like a complete fraud ever claiming to be an expert on anywhere I’ve been. This is just a few facts about a place I’ve been – which might be helpful if you’re planning a visit or might be interesting if armchair tourism is more you’re thing. Either way, here are five facts about Isla Taboga:

Panama was our first trip we took with the twins and to be completely honest, had we been visiting before kids, we probably wouldn’t have gone to Isla Taboga. Other places would have called to us… places further afield, places with a little more adventure, places with fewer crying babies (okay, I guess it’s possible that we brought all that nonsense with us) but in the end, with all our extra considerations, Isla Taboga was the place for us. If you’re planning a trip to Panama and it doesn’t work for you to get too far from the capital it’s not a bad place to hit, but if you have the time, the desire and the ability to survive a long bus ride, the travel guru in me thinks there might be a little more out there.

On that note: Here’s a list of Lonely Planet’s Top 10 Panama Highlights. It’s enough to make me think we need to plan another trip to Panama, albeit when the girls are old enough to snorkel, get a yellow fever vaccination and not lose their minds on a long travel day.

Edit: Apparently you can get vaccinated for Yellow Fever anytime after nine months of age so I guess now we’re just waiting on the whole snorkel and survive long bus rides things. I’ll keep you posted as when I think that will be. 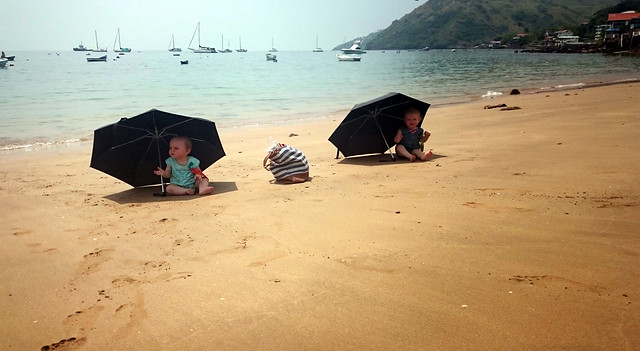 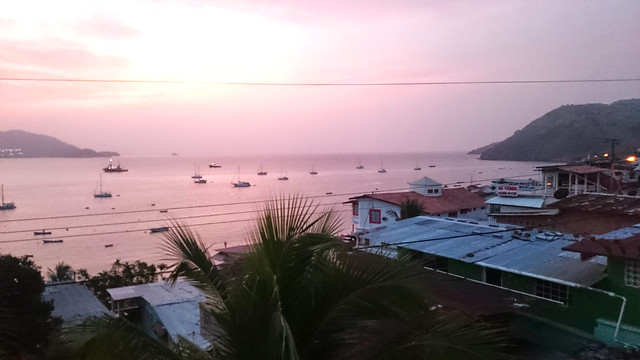