When I was just six years old, I got my first diary. It was a Ramona Quimby diary with lots of writing prompts aimed at bringing out the creative genius of your average first grader. Looking back, I’m not sure if mine did more than just highlight my terrible spelling. Still, the diary is cute; I wrote about my friends, my family and the fact that my wolf howling impression was dead on.

Even though I fail at spelling “wolf” my howl was absolutely perfect.

The thing is, aside from the page above which showcases my confidence in all sorts of talents (Sports? Really?), most of the diary tells a different story. Here’s the problem – when life was good, little Julie was out enjoying it, but when life handed her lemons (or boring rainy days), she wrote it down. I wrote when I was sad, bored or felt like my sister was bossing me around. I suppose this makes sense because, after all, writing can be very therapeutic. But to actually read the diary, it paints a picture of a bored little girl with cruel parents. I mean, just look at all these checked boxes below. Go to school, go to bed, do my homework… slave drivers, I tell you! And rest assured, my fill-in-the-blank jab at my parents was not at all warranted. Both of my parents are and always have been, quite loving and nice to their children.

In case you’re curious about what I wrote in code on the next page, I’ve taken the time to translate. I wrote “Lesle” which is my sister’s name, incorrectly spelled, or course, and “Micoel” which I can only presume is a mangled version of my first grade crush, a boy named Michael.

Also, I feel like I might be picking up on a trend here to just check all the boxes because I can’t help but notice that Mind my little brother/sister is marked, yet I have neither.

I remember having the same problem when I got older. In college, I also kept journals but when all the good, juicy stuff was happening, I was way too busy to write it down. It was only when I was holed up in my room procrastinating on a term paper or during long days of my boring summer jobs that I found time to write. Do you know what’s interesting about putting off a term paper or boring summer jobs? Nothing. Absolutely nothing, yet those days took up far more pages than when I could have written about weekend mischief and mayhem.

In one of these photos I’m swimming with a keg in a lake. The other is of a porch at the place I lived during a magazine internship in a sleepy coastal town. Guess which one got more pen-time. Why the porch, of course.

Right now, a similar situation is manifesting. I’m bored and I’m writing a lot. This might come as a shock to you because my blog has been a little sparse lately, but it’s not for lack of writing… it’s for lack of writing well and with any sort of follow-through. In short, just like a bored first grader who is stuck inside on a rainy day, I’m not writing anything very interesting.

I have a ton of half-done posts about past trips, future trips, travel advice and other stuff. The common thread is that none of them seem to be getting finished.

Here’s a screenshot of my drafts folder.

This particular post has been sitting just like this for a while. It was originally inspired by a fellow blogger’s post about her view of “Someday” which according to her, “is filled with all the things that elude plain old today.” That sounds about right. Right now is pretty plain but very soon (a little over a month if these girls don’t jump the gun and come early) my life is going to change forever. And with that, my someday will be a little closer. 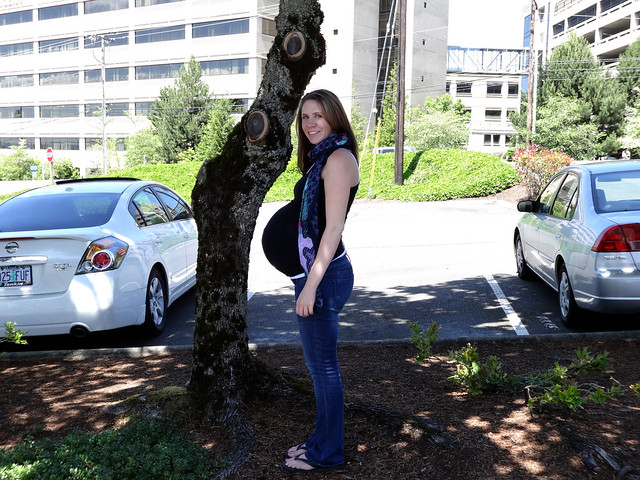 Here I am two weeks ago at 32 weeks pregnant with the twins.

So here’s my take on Someday and what I hope mine brings:

Someday, I hope life is interesting enough to never have time to write about anything boring.

And here’s a little add-on because this is, after all, a travel blog…

Someday, I hope to take my daughters on adventures to foreign lands. I hope to foster their sense of wanderlust and curiosity. I hope to teach them to be brave when faced with the unknown and be vigilant about finding cheap airfare.

Someday, I hope to watch them, as toddlers, make fast friends on a foreign playground.

Or in a ball pit… inside of a van… in Colombia. But don’t worry, it’s not like Colombia ever had a reputation for kidnappings. (Colombia circa 2013)

Someday, I hope to see them, as kids, ambitiously try new foods half-way across the world. 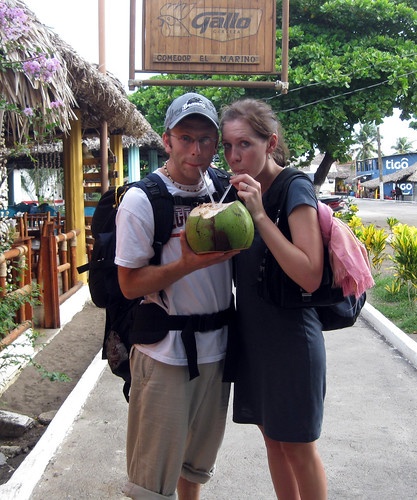 I know, I know… a coconut is hardly a new food. To my credit, this was supposed to be a picture of my sister eating a cockroach but she hasn’t emailed it to me yet so instead you get a coconut. (Guatemala circa 2009)

And someday, I hope to have encouraged such independence that I’ll feel the sting of tears in my eyes as they board a plane without their boring old mom and dad.

Us? Boring? Never! How could they even think that?

Or who knows? Maybe they’ll both be homebodies who hate to fly.

Either way, here’s to someday… What’s yours? 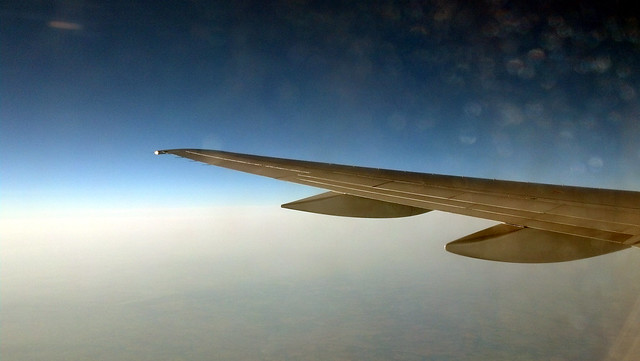 2 responses to “Travel (blog) Fail: Lots of beginnings without any endings”