The government wants to know how tall the twins are. Someone get me a ruler!

Years ago, on the evening before our first trip to Europe, my friend Jen and I drove around downtown Portland looking for a little passport photo shop that her brother had told us about. I had some sort of student ID card that would give me discounts while I was traveling, but it needed a passport-sized photo. “It’s right after you cross the bridge,” he’d said. What bridge? We weren’t sure. Jen and I weren’t from Portland; we never found it. Years later I was driving down Broadway after I’d crossed the bridge by the same name and I saw it. 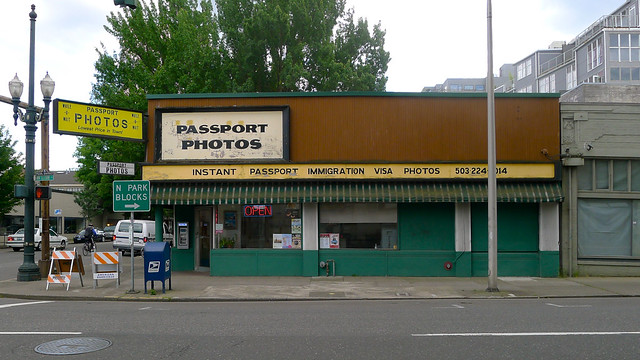 Nowadays Andy and I are pretty frequent patrons of this little shop. Not like once a week patrons, but a couple times a year patrons, which is probably about as frequent as one could be to a passport photo place. Andy’s employer has an account here and we pop in whenever he needs a visa photo. So when we finally found the time to take the girls to get their passport photos, we of course went to the little passport photo place on Broadway.

I feel like we’ve been living in a little cave lately. Twins are a lot of work but I’m happy to report that everything is about a million times easier than it was at the beginning. I can’t believe that it’s already December and the girls will be five months old later this month. We’d talked about taking a trip around the new year and now suddenly BAM! it’s almost the new year and here they are without passports. 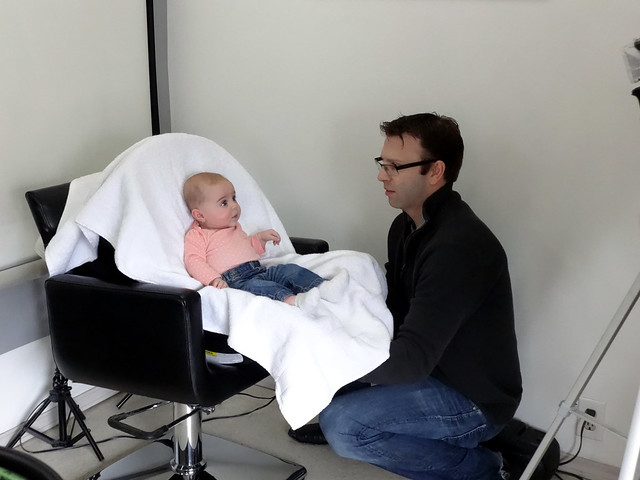 Andy helping Paige not fall off the chair.

The girls did great and we got great photos. A lot goes into getting passport photos for babies. 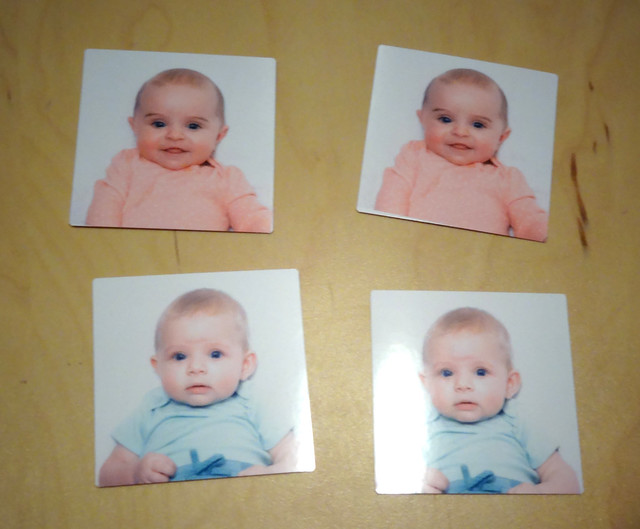 Jackpot! Paige is on top, Millie is on bottom.

The first step in the whole process is complete. Now we just have to gather the right documents, go to the right place and fill out the right forms. Most of the questions on the form are pretty standard, I was, however, a little stumped when I got to a few of the questions.

Umm… maybe about 2 ft. Does anyone have a ruler?

Sort of bald but I guess blonde for Millie and brown for Paige.

As it stands right now, blue for both. However, the experts say that baby peepers can change their hue several times before their first birthday.

Also, even though the girls can leave it blank because they’re under 16 years, the occupation question made me chuckle. If Andy would have gotten his passport when he was still a teenager and then later gotten the job he has now within ten years before his passport expired, would customs officials the world over wonder why a Dairy Queen worker would possibly need a State Department visa to work in Dhaka or New Delhi. Occupations aren’t listed on passports, but who knows what kind of information all those customs agents are seeing on those computer screens.

So while we wait for their passports to arrive, I’m still here trying to wrap my head around how it will be to travel with two babies.

In the meantime, I’ll just keep practicing by seeing the sights around here… like here we are at the zoo.

I hope you all had a wonderful Thanksgiving!

One response to “At the passport photo place”