During a two-week trip to Guatemala my friend Sam once mocked me by saying, “You know what would make this burger even better? Putting it on a sandwich!” It was the end of the trip and if they hadn’t been before, my travel-mates were at that point very aware of my cravings for my favorite food: the sandwich.

Dagwood and I both love a  good sandwich!

I like them hot, cold, exotic and tame. Even when it comes to other foods, I like them best if they somehow resemble a sandwich. My favorite pasta is stuffed manicotti or ravioli – both of which are probably the closest you can get to a pasta sandwich.

But after one too many times, when trying to figure out what to have for dinner, Andy has sighed and said, “Oh, I’ll just find something,” instead of taking me up on my frequent and enthusiastic offers to make sandwiches, I’ve decided it’s time to branch out.

To do so, I’m taking inspiration from Becki from Travel by Stove, who is attempting to make a meal from every country on earth. Although she admits to not being an actual chef, her culinary skills seem far more advanced than mine. 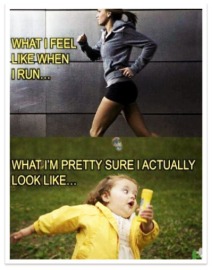 I bring that type of chaos to the kitchen.

When I cook I’d like to think I’ve got all the skills and natural talent of  a Top Chef contestant but it’s far more likely that I’m more like one those Facebook posts about what you feel you look like vs. what you actually look like. It’s possible that, in the kitchen, I have it together about as much as Hannah from My Drunk Kitchen; albeit with less charm (you thought I was going to say ‘booze’ didn’t you?)

So I started with “A” and chose Angola. One of the most popular dishes in Angola is Chicken Muamba – a fairly easy-to-make chicken recipe with tomatoes, peanut butter and hot peppers; here is the recipe I followed. For a side dish, I used the recipe sifter (my favorite feature of the site) to come up with another Angolan dish, Basil Pesto Farfalle with Roasted Pine Nuts. I failed at this one a bit because even though I went to the grocery store to buy ingredients solely for this night’s meal, I forgot the pine nuts. So the pasta was good, but it was pretty much just like any other pesto pasta I’ve ever made.

When all was said and done, it was a delicious and it fit right in with the spicy kick Andy and I have both been on. “The hotter the better” has been the Shamblin mantra as of late. Also, I now know what would be a good choice should I ever find myself in Angola with an empty stomach. 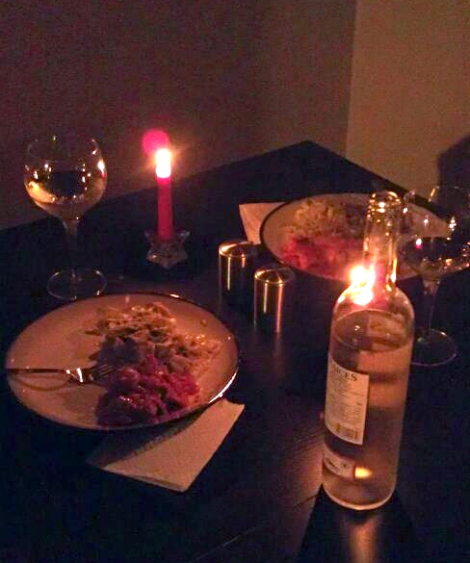 Chicken Muamba with Pesto Pasta for two… with wine of course!

Even though the next night I may have reverted back to an old standby of burritos, (Mexican sandwiches!) I feel like my letter “A” country inspired me to keep going with this idea. “B” will be next and who knows, maybe I’ll find some sort of Brazilian or Bulgarian sandwiches!

One response to “Foreign Food & Drink: A is for Angola”